Description:  In the IV th century, the royal power of Aksum adopted Christianity as its official religion. It is mainly between the XII th and XV th century, the territorial expansion of the Christian state, that Christianity spread in central Ethiopia. From this time dates an exceptional heritage of churches dug in the rock, related to the activity of the monks. When the Axumite empire collapsed in the XI th century, a new dynasty, the Zagwe dynasty took power and turned the Ethiopian capital of Axum in Roha. The best known of the eleven kings of the Zagwé dynasty was Lalibela (1185-1225). 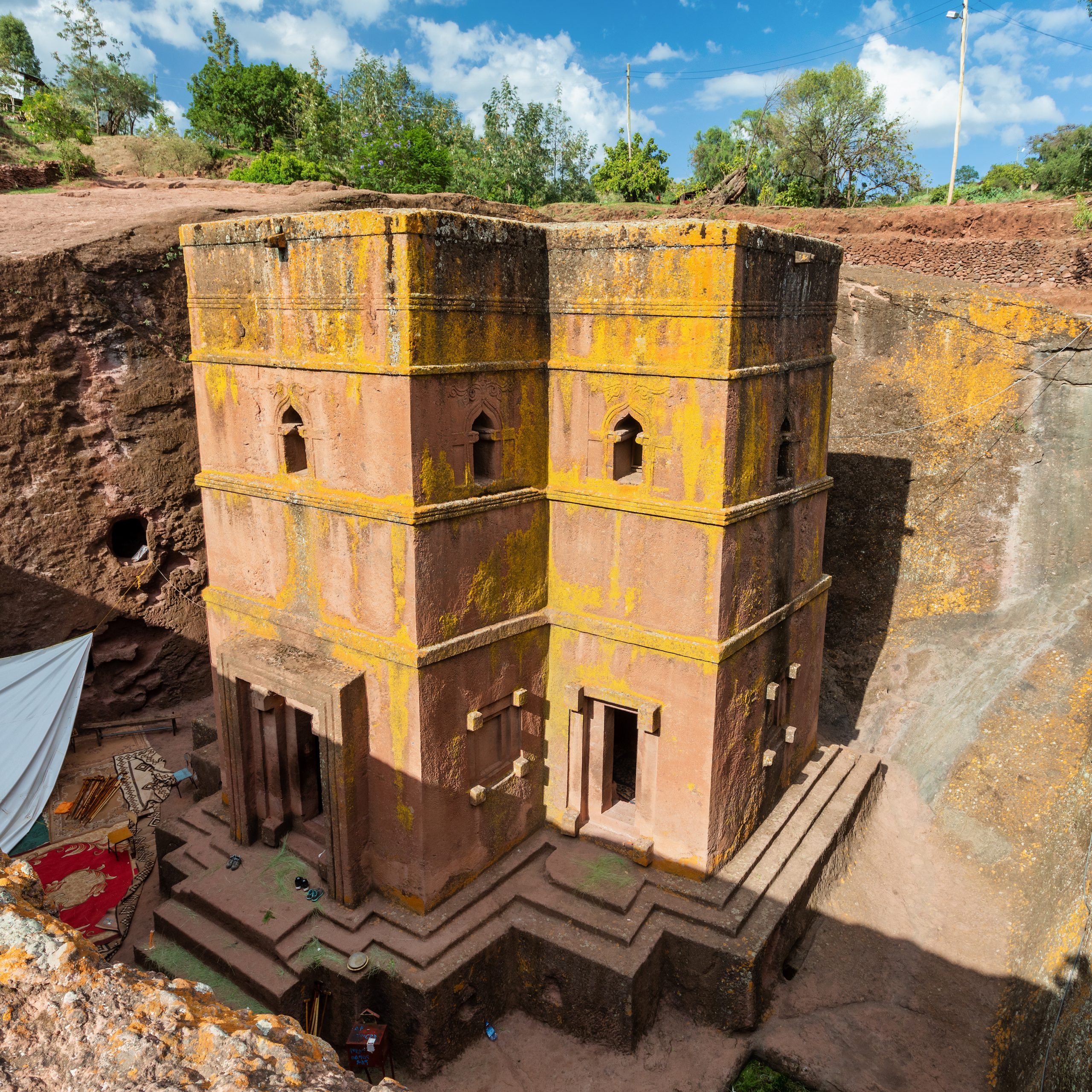 It built 11 churches over a period of 25 years between the end of the XII th and the beginning of XIII th century. Digging in the rock, surrounded by deep trenches, most communicate through narrow tunnels and small bridges. All such Biet Giorgis Church (Church of St. George, built in the XII th century) are monoliths were carved directly into the rock, from a huge block of stone. St. George’s Church was the last one built under Lalibela. The elegance of its cruciform plan and its singular position, at the bottom of the cavity dug by its builders, make it one of the strangest monuments of Christendom.

The site has been inscribed on the UNESCO World Heritage List since 1978.