In the middle of the seventh century there were two fully established kingdoms existing in the Nile Valley south of Aswan: Makuria in the north and Alodia to the south. The former occupied the territory from the First Cataract to the tributary called Atbara in the south, the latter stretched south of the Fifth Cataract all the way to the Ethiopian uplands. The actual border between the two has yet to be determined. Most likely in the late twenties of the seventh century, at a time when the Sassanids were in retreat from Egypt, Makuria incorporated the kingdom of Nobadia, which had existed independently since the fourth century. 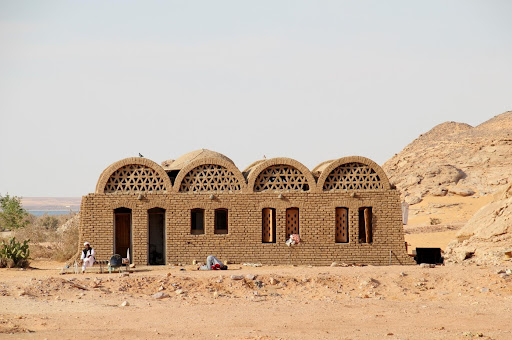 From the mid sixth century the kingdoms of Nobadia, Makuria and Alodia had had strong ties with Byzantium and Egypt. They had accepted Christianity from missionaries sent by Constantinople. At Alodia, where Axum influence was already strong, missionary work was carried out after 580 by the first Monophysite bishop of Nobadia Longinus. In Makuria, the missionaries arrived straight from Constantinople. A bishopric with ties directly to the Byzantium capital was founded at Dongola in the mid 570s. The church of Alodia remained subordinate to the bishop of Alexandria right from the start. Makuria did not accept the superiority of the Monophysite patriarchate in Alexandria until the turn of the seventh century, when Merkurios was king.

The Arab conquest of Egypt changed the geopolitical situation of the two kingdoms dramatically. The raid that the second governor of Egypt, Abdullah abi Sarh, led against Makuria in 651/652 was nothing less than an attempt to subjugate the kingdom. The successful defense of the heavily fortified citadel of Dongola resulted in negotiations that led to the signing of a political and economic treaty between the parties (baqt), stabilizing the peaceful relations of Makuria with the caliphate for the next 520 years. Both Arabs and Makurians respected the border at Aswan, abided by their religious and cultural differences, established rules of travel and settlement, as well as a parity in trade exchange according to which Makuria supplied African slaves and goods, while the caliphate provided food and luxury goods.

The great rulers of eight-century Makuria, Merkurios and Kyriakos foremost, pushed through reforms introducing a new territorial division that granted the eparchy of Nobadia special importance in maintaining good relations with Egypt and the caliphate. The Church was also reorganized at this time. A number of new bishoprics was established: Qurta, Qasr Ibrim, Faras, Sai , Dongola and, finally, Termus and Sciencur. The last two has not been localized yet, but the general location was presumably between the Third and Fourth Cataracts. Kyriakos even cultivated closer contacts with the family of the reigning king of Alodia, which kingdom did not have a stabilized relation with the caliphate.

The seventh and eight centuries are a period of significant development in Makurian art, expressed in particular by a new type of cathedral that replaced the earlier sixth-century five-aisled basilicas. The Dongola Cathedral, the Church of the Granite Columns and the Cathedral of Paulos in Pachoras which was modeled on it, are all built on a central plan, but furnished with a columnar naos and narthex, and numerous side annexes. This type of cathedral, which was a creation of the Dongolan architectural milieu in the late seventh century, exerted a visible effect on the churches A and B in Soba in Alodia. Religious painting known from the churches of Makuria (Abu Oda, Abdallah Nirqi, Wadi es Sebua) but foremost from the Cathedral of Paulos at Pachoras, displayed a high level of artistic achievement combined with features of the local school which had grown under the influence of Egyptian styles and iconography adopted from Egypt and Palestine, if not also likely from Constantinople. This process can be recognized even more clearly in the murals decorating House A in Dongola. Civil architecture and the process of urbanization changing the face of Makurian settlements testify to the economic prosperity of the kingdom, the cultural and social aspirations of its subjects and their civilizational status.

A dynasty established in the thirties of the ninth century by King (Augustus) Zacharias ruled Makuria until the middle of the eleventh century. This period is frequently referred to as the golden age of Makurian culture. Resuming good relations with the caliphate loomed large on the new rulers’ task list. The visit of the caliph’s envoys to Dongola served this purpose, as did the official delegation to Baghdad in 836 of King Georgios I (Caesar), Zacharias’ son and co-ruler. In Baghdad, he renegotiated the treaty (baqt), upholding all the principal tenets of bilateral political and economic relations. A further rapprochement between Makuria and Egypt took place in the Fatimid period in particular (9th-12th centuries). In the reigns of Zacharias I and Georgios I, Georgios II, Zacharias II and Zacharias III, the kingdom experienced rapid growth despite initial strife marring the reign of Georgios I (Nyuti’s rebellion, conflict with el Omarim). New inspirations were especially well visible in Dongola. A new royal palace was erected in the capital of the kingdom, incorporating a throne hall situated on the upper floor (later Mosque). Also constructed at this time was the most monumental architectural complex in the kingdom – the Cruciform Church with its central dome. The building was designed in commemoration of Georgios’s visit to Baghdad and became a symbol of the kingdom. The cathedrals in Dongola and Pachoras were renovated. The murals preserved from this period in the Pachoras cathedral are among the finest in the entire kingdom. Next to the grand compositions of Christ Enthroned, Nativity and Three Youths in a Fiery Furnace, there are countless representations of the rulers of Makuria, mothers of kings and the eparchs of Nobadia and bishops of Pachoras, the latter playing an exceedingly important role in the kingdom as primates of the Church. Smaller churches, such as the complexes at Abdallach Nirqi, Tamit and Sonqi Tino, provide many other examples of wall painting from this period.

The fall of the Fatimid caliphate in Egypt and the rise to power of the Ayyubids, as well as internal fighting between the Black Sultans and the Turks led to a cooling in Makurian-Egyptian relations. The expedition that Salaheddin’s brother led against Makuria, which terminated in the taking of Qasr Ibrim and the garrisoning of troops in the fortress there for a period of several years, resulted in growing animosity. The baqt was forgotten. Despite the efforts of Moise Georgios of Makuria no peace was negotiated. The consequences were serious for the Nubian kingdom. Food imports from Egypt were reduced substantially, forcing Makuria toward greater agricultural self-sufficiency. The granary supervisor became one of the leading officials in the kingdom. Considerable effort was put in building new fortifications or refurbishing existing but neglected defenses. A progressive Nubianization of church and state administration occurred with Greek and Coptic losing preference as the official languages in favor of Old Nubian. All of the literature in the kingdom was translated into the kingdom’s vernacular at this time.

Relations with Alodia were also strengthened, apparently by blood ties between the two ruling families. Royal marriages were facilitated with the restoration in the middle of the eleventh century of the principle of the son of the royal sister inheriting the Makurian throne. Strong royal authority diminished in the face of progressing feudalization, leaving the kingdom in the hands of an extensive group of local dignitaries drawn from the royal family and the state administration. The Makurian Church retained its strong economic position. The sons of the ruling king increasingly often became bishops and a number of the rulers spent the remaining years of their lives after abdication in monasteries, sometimes outside the kingdom. This obviously did not favor political stability within the state.

A declining economy did not at first impact Makurian culture, which continued to represent a high level of achievement. This was true of the architecture, even though the new religious structures were on a much more modest scale and the role of civil and military building had grown substantially. No trace of falling standards can be observed in Nubian painting of the period, as evinced by murals preserved in the cathedral at Pachoras, the N-W monastery annex in Dongola and numerous local churches. The twelfth century was hardly a period of decline in the art of Makuria, but there is no denying a spreading stagnation and a drying out of new inspirations. Dongola increasingly dominated the artistic life of the kingdom, one example of this being the intensive development of the monastery of the Great Anthony in this period. Bearing witness to the times is an extensive archive of literary texts, notarial documents and letters uncovered at Qasr Ibrim.

Strained relations between Makuria and the Islamic world marked the beginning of Mamluk rule in Egypt. An ill-advised attack on the port of Aidhab on the Red Sea and on Aswan in the times of King David triggered repressions on the part of Egypt. Open conflict could no longer be avoided in the reigns of the sultans Baybars and Qalawun. Mamluk troops took Dongola, Makurian economy suffered from looting, imposed taxes, and an administration in a state of havoc. Independence was lost with Nubian rulers depending heavily on Mamluk support to wield any kind of influence. All resistance crumbled under the weight of Arab military forays. A new threat appeared from the desert with the incursion of the Bedouin tribes, part of which settled in Makurian territory. Economical collapse was imminent with little chance for meeting imposed levies, anarchy grew. The ruler who inherited the Makurian throne in 1316 was a descendant of King David and a convert to Islam. In 1317 the throne hall of the Makurian kings was turned into a mosque. Further anarchy in the kingdom resulted in the death of the king. Makuria stopped paying tribute and Egypt ceased to meddle in the internal affairs of the kingdom.

In 1364, in the face of a threat from the Jaad and Akarima tribes, the king and his court fled Dongola. With assistance from Egypt the Nubians managed to stop these foraying tribes at the fortress of Gebel Adda, which then became the new royal seat. The territory of Makuria (Nubian Dotawo) shrank to the region between the First and Second Cataracts, originally the southern part of the kingdom with the main centers at Qasr Ibrim and Gebel Adda, and to Batn el Hagar. In the late fourteenth and fifteenth centuries, the territories situated south of the Third Cataract descended into ever deeper anarchy, considerable ethnic changes took place, church administration all but vanished. Alodia collapsed at about the same time, it, too, having been disrupted by foraying Bedouin tribes and subsequently subordinated to the new Funj sultans, whose authority in the sixteenth century extended even as far as the Third Cataract in the south.

To believe the evidence of documents from Qasr Ibrim and Gebel Adda, the kingdom of Dotawo (Makuria) in the region of the Second Cataract still existed in the fifteenth century. Its final collapse presumably followed the invasion of the Ottoman Turks who occupied the Nile Valley all the way to the Third Cataract. They established in this region two provinces with garrisons at Qasr Ibrim and on the island of Sai.